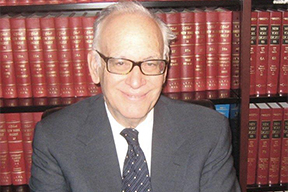 Frank J. Franzino has more than 40 years of extensive litigation experience, at both the trial and appellate levels, with emphasis in commercial and corporate matters. He has successfully represented his corporate and individual clients before the State and Federal Courts and has participated extensively in arbitrations before the Financial Industry Regulatory Authority, International Chamber of Commerce and the American Arbitration Association. Mr. Franzino also frequently represents international clients in judicial and arbitration proceedings in the United States.

The depth of his expertise, and his success in disputes and litigated matters, has led to his retention by both national and international law firms as counsel for their clients. His skills in negotiation, as well as advocacy, have earned him a reputation for winning the “tough case”.

Mr. Franzino is a member of the New York bar, to which he was admitted in 1971, and the New Jersey bar. He is also a member of the bars of U.S. District Courts, Southern and Eastern Districts of New York and District of New Jersey, the U.S. Tax Court and U.S. Court of Appeals, Second, Third, Fourth and Federal Circuits.

He also serves Of Counsel to the Hackensack, New Jersey law firm of Winne Bante Hetherington Basralian & Kahn, P.C., and Of Counsel to the Hudson, New York law firm of Stairs Dillenbeck Finley. Earlier in his career, Mr. Franzino was associated with Rogers & Wells and, subsequently, was a partner in several New York City-based firms.

He was graduated from Cornell University in 1967 with an A.B. degree and was awarded a J.D. from the same institution in 1970. He remains active in alumni affairs. 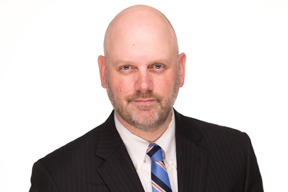 Geordie is a member of the New York bar. He is also a member of the bars of the U.S. District Courts of the Southern and Eastern Districts of New York, the U.S. Court of Appeals, Second Circuit, and the U.S. Supreme Court. He graduated from Brown University in 1997 with an A.B., and received a JD from Northwestern University School of Law in 2001. 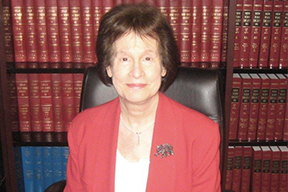 Davida S. Scher has extensive litigation experience, at both the trial and appellate levels, with emphasis in commercial and corporate matters. She also frequently represents clients, both corporate and individual, in employment matters, including negotiations and, when necessary, litigation. She regularly appears in State and Federal Courts and before arbitration tribunals, again representing both business and individual clients.

Early in Ms. Scher’s career, she was associated at a large New York firm. She previously served as the principal court attorney for the Honorable Helen Freedman from 1988 to 1991, and as a court attorney for Civil Term, Supreme Court, New York County from 1985 to 1988. 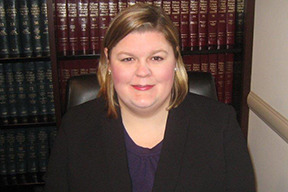 Erin C. Kormann is an associate with a primary focus in the area of litigation. She has represented clients in preliminary and status conferences in New York Supreme Court and has assisted partners in trials and motion practice in all of the boroughs of New York City.

Ms. Kormann earned a Bachelor’s Degree in Politics from Mount Holyoke College in 2003. She spent her junior year abroad in Ireland and had an opportunity to observe civil law proceedings. Ms. Kormann has been a member of the Board of the Alumni Association for her high school, Townsend Harris High School, and she remains active in various alumni activities.

Ms. Kormann is a member of the New York State Bar Association. 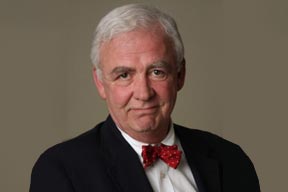 William M. Barron practices in the areas of business and commercial law, litigation and art law. He was litigation leader at the law firm of Walter, Conston, Alexander & Green, P.C. and general counsel of Bayer USA, Inc. He generally acts as counsel for foreign individuals and companies in Germany, Switzerland and Austria with activities and investments in the United States. He is fluent in German.

He is author of Litigation and Arbitration in the U.S.A. (Prozessfuehrung und Schiedsgerichtsbarkeit in den USA), published by the German American Chamber of Commerce, New York and Bonn, Germany.

Mr. Barron is a member of the Association of the Bar of the City of New York, the International Bar Association and the IBA Art Law Committee, the Board of the Institute of International Commercial Law, the American Council on Germany, the German American Chamber of Commerce in New York and the Board of the U.S.-Austrian Chamber of Commerce. He has been selected for inclusion in New York Super Lawyers.

Mr. Barron earned his BA from Yale University (Blair Scholar), and his JD from Cornell Law School. He was a member of Cornell Journal of International Law and Vice Chancellor Moot Court. 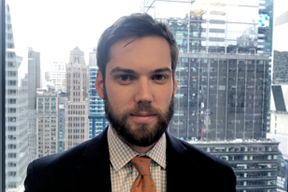 Nolan Mahoney is an associate with the firm and is involved in all aspects of the firm’s complex commercial litigation practice. While in law school, Nolan gained litigation and research experience while externing for the Federal Aviation Administration and several boutique litigation firms.

Nolan graduated from Providence College in 2013 with a B.A., and received a JD from Brooklyn Law School in 2017. Nolan is admitted to practice before the Courts of the State of New York and is a member of the American Bar Association. 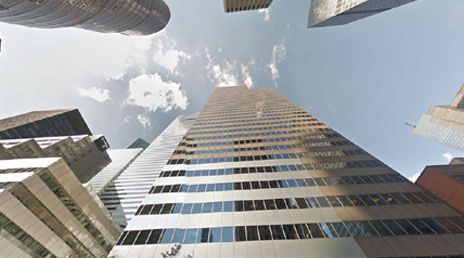